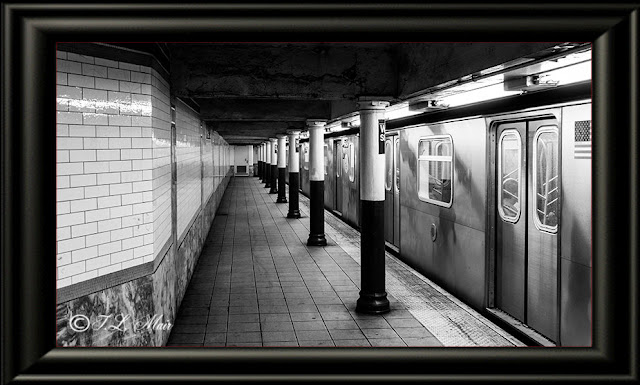 Last year my son and I took a trip to , hoping to see the fall colors.

We waited until the end of October since that is when we read the fall colors came on, turns out last year was a late year for fall colors, plus we got there right in the middle of a hurricane.

We never had to stay indoors, but we got rained on every day, and the sun never shined, cloudy, and overcast when it wasn't raining. and the light was way to flat for good photography.

We took the subway everywhere we went, then walked to the various locations we wanted to see. The subway system is very efficient in , almost as good as the system in . The only complaint I had about the subway is in , where we stayed someone had made the elevator to one of the stops their private restroom.

Even though the weather was bad, the light was bad, and the elevator restroom experience was bad, I loved , it was a trip I wouldn't want to have not taken, the people were friendly, the sidewalks weren't crowded like you see on TV.

I did learn from a police officer that does not have good pizza, if you want good pizza you need to go to Brooklyn, he did admit to being from Brooklyn, and did direct us to a place that did have decent pizza for !!

One evening we went to Times Square, I had been advised to not go to Times Square before we lift for New York, I am glad we did not head that advise, I loved Times Square, you could feel the electricity the minute you got there, the people were interesting, the giant TV billboards were cool to see in real life, all of the sights and sounds, the painted ladies, no really painted ladies,  mostly painted as super heroes, waiting for people to pay to have their photos taken with them, we declined that experience, and the vendors were many.

While at Times Square we decided to have dinner at the Hard Rock Cafe, if you have never eaten there, I would advise you to go, the food was fantastic, a highlight meal for this trip!

I would say the highlight of the trip was the 911 museum at ground zero, the grounds were nice, with the fountains that drain into the earth, but inside the museum was fantastic, you could feel the depth of what happened that day, the burned fire trucks, police cars, and taxi cabs, what a sad day, but in the true American spirit New York overcame the destruction, and like a Phoenix rose from those ashes, even stronger.

For me the strongest testament to the people who lived and died that day was the Never Forget wall, behind which bodies that were never able to be recovered still reside, in the words of Virgil which are inscribed on that wall "No day shall erase you from the memory of time"!!!

I was only able to get a couple of photographs there that I was happy with, I tried taking a night photograph of the Queens Borough bridge, but the wind was blowing so hard I couldn't stabilize my little travel tripod.

One of the photographs I was happy with was this photograph of the Wall Street Subway Station, it has nice tile walls, and these columns, once the people got off of the subway they all left the platform in a hurry to be where ever they had to go, and left it quite deserted, I quickly turned around, composed the photograph, and got this.

Thanks for looking!
To see this an all my work click here