Northern California and the Coastal Redwoods 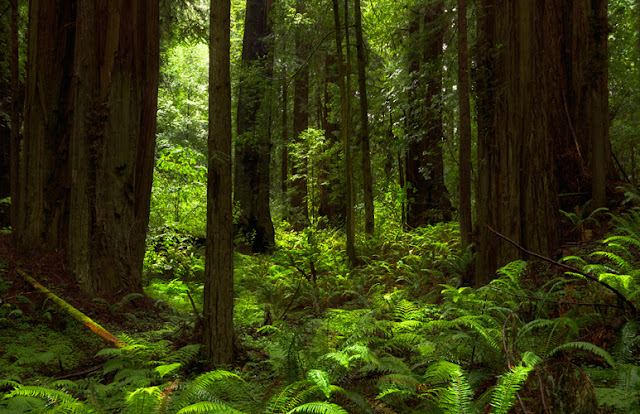 A couple of years ago we decided to make a real trip out to northern California.
We booked a small home in Crescent City California through VRBO, if you’ve  never
Herd of VRBO, Vacation Rentals By Owner, check them out, we have used them several
Times, they are our go to when we travel, you get a home all to yourself, or your family, they
Come in large and small sizes so finding the perfect place is easy and if you shop you
Can find a nice place with all the amenities for about the cost of a motel.
we booked a home about a block away from the beach, with a great view
Of Battery Point Lighthouse from our kitchen window.

Traveling from north central Utah to Northern California can be done in one shot
If you’re intrepid, we are not that gung ho on driving so we stayed the first night in
Reno NV. then got up early in the morning and headed out on “The loneliest Highway
In America”  we traveled north over the mountains through the Lassen National forest,
through Redding, then Onto Eureka and up the coast making it just in time to see a beautiful sunset at
DeMartin Beach, as we came around the bend the sun was just beginning to set, my wife asked me if I wanted to stop,
YES! We pulled into the parking lot, I grabbed my camera gear and a tripod and headed off over the beach, I got set up just in time.

The sun was setting and the colors begin to form, the first blush of pink covered the sky, then began to turn darker becoming red/orange, and purple. 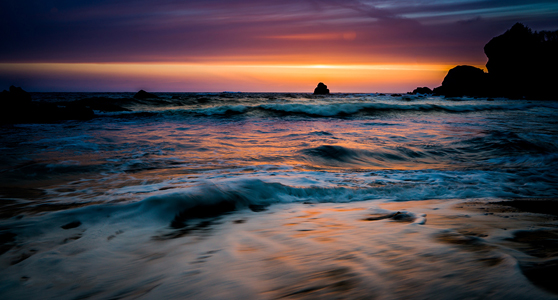 The beautiful colors reflecting on the waves as they ebbed and flowed over the sandy beach becoming part of the encroaching night then just
as soon as it begun the colors faded into the darkness. That was the last time we seen the sun on our trip to Northern California.

We got to our house in Crescent City unloaded our food and clothing.
part of  the reason we book a house on our trips is so we can prepare our own food, tho we do
eat in restaurants from time to time, we then settled in for the evening since it was after dark.

The the next morning we headed out south again to see what we had missed traveling in the dark, we missed plenty, I love the redwoods and seeing them again was a thrill.

The Rhododendrons were starting to bloom, and the fog from the coast had settled into the redwoods that grow along the highway making for a striking view, the beautiful pink flowers budding from the emerald green leaves, the light was soft and glowing on the leaves and flowers, with darker shadows making the greens, and pinks stand out among the contrasting bark of the giants that grow there.

I just had to stop and photograph the beauty that was right there by the side of the highway
as my wife waited patiently In the car, reading a book.

Traveling further south we came to the entrance of the Avenue of the Giants, this Is a must see route to take, it’s name suites it well.
As you drive along the road you see giants reaching for the sky, spreading their boughs out to catch the rays of light as it filters through the fog, what Light the giant trees fail to collect filters down and onto the fronds of the sword ferns and giant clover, and ivy that also grow there.

Then as you look further you see some of the giants that have fallen and are beginning to start the cycle over again, decaying into the earth, or becoming home to some other plants that have taken advantage of the rich nutrients left behind by these giant trees.

One cold and rainy day we did take the time to travel north into Oregon, were we found a colony of seals, and sea lions resting on the rocks, but nothing to compare with the giant redwoods of Northern California.

On our return trip to Utah we headed out on highway 199 out of the giant redwoods and into the more “normal” size trees of the Jedediah Smith   National forest, this is a beautiful road to travel it winds through the forest following the Smith river, the river winds through the rocks, and trees
Creating small cascades as it tumbles over boulders, and larger waterfalls make the
Jump in elevation, winding its way down to the Pacific ocean, which gladly takes her water.

This was one of my favorite trips, and one I hope to be able to do again, but there is just
So much to see in this big beautiful country that it might take me awhile to make
The trip back to the Giant Redwoods of Northern California.

To see more of this beautiful area click here!